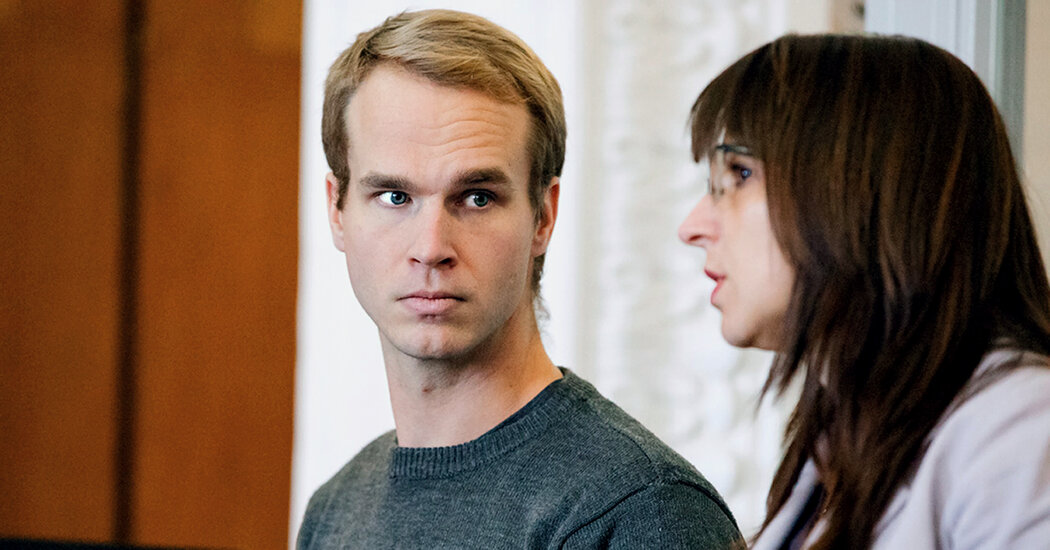 MOSCOW — A court in Ukraine on Wednesday rejected an extradition request for an American who served in the country’s right-wing paramilitary units, dealing a blow to United States law enforcement agencies seeking to clamp down on Americans traveling to Ukraine to get battle experience with far-right militias there.

The American, Craig A. Lang, an Army veteran and North Carolina native, had been charged in the United States in connection with a double murder in Florida, but his case drew attention to the risk of Americans fighting for far-right groups in Ukraine and other global hot spots.

“Just as we don’t want them in the American military, we don’t want them training to fight and kill” in foreign militaries, Heidi Beirich, director of the Global Project Against Hate and Extremism, said in a telephone interview. “We have enough violence in our own backyard to worry about.”

The U.S. authorities have signaled that they intend to focus on Ukrainian paramilitaries as one of the world’s hubs for right-wing extremists, an issue that shot to the top of the agenda this year after far-right groups demonstrated their potential for violence in the Capitol riot.

But the issue is seen quite differently in Ukraine, where right-wing militias are fighting on the side of the government in a war with Russian-backed separatists that has killed more than 13,000 people.

Any suggestion that these groups are extremist risks playing into the hands of Russian propagandists, who have tried to label the war as one of Russian speakers resisting a “neo-fascist” government in Kyiv. In fact, far-right parties win only a tiny sliver of votes in Ukrainian elections.

The appellate court in the Ukrainian capital of Kyiv largely agreed with Mr. Lang’s lawyers that, notwithstanding the murder charge, he faced prosecution in the United States for his military service in Ukraine, under the Neutrality Act, a seldom-used law against fighting in foreign wars. The court ruled that he was thus entitled to a hearing as an asylum seeker.

“There should be no discrimination against a group of people by race, religion or political or ideological views,” Mr. Lang’s defense lawyer, Dmitry Morgun, said in an interview.

While ending the extradition process, the ruling did not necessarily put Mr. Lang beyond the reach of American law, his lawyers said, noting that he could be deported to the United States if his asylum application fails. The U.S. Attorney’s Office for the Middle District of Florida, which is prosecuting him for the double murder, did not immediately return a request for comment.

Mr. Lang, 30, said in an interview in his lawyer’s office in Kyiv that he does not hold far-right views. He said he washed-out of the U.S. Army after being absent without leave. He had been drifting between odd jobs when he decided to go to Ukraine to assist an ally, he said, in a cause that inspired him.

Despite leaving the military under a cloud, he was welcomed by a prominent paramilitary group, Right Sector, when he arrived in Ukraine in 2015, with few questions asked. Debarking from a train in eastern Ukraine near the war zone, “someone handed me a rifle” right at the station, he said in the interview, and the next morning he was deployed to the front.

As he fought with Right Sector in Ukraine, according to the U.S. Attorney’s Office for the District of Kansas, he mentored Jarrett W. Smith about fighting with far-right paramilitary groups in Ukraine. Mr. Smith, who also served in the U.S. Army, later pleaded guilty to explosives-related charges.

The federal prosecutors in Kansas said Mr. Smith spread information about bombs and recipes for homemade napalm on the social networking site Telegram, while discussing plans to kill a Democratic Party politician and blow up a media company headquarters. The indictment did not identify the media company but CNN reported that it was the target.

“You may also be asked to kill certain people who become in the bad graces of certain groups,” Mr. Lang wrote to Mr. Smith in 2016, according to court filings in Kansas, describing what service in a Ukrainian right-wing paramilitary might entail.

Then, back in the United States in 2018, according to the federal prosecutors in Florida, Mr. Lang and a fellow American veteran of the Ukraine war, Alex J. Zwiefelhofer of Wisconsin, robbed and murdered a couple to raise money to travel to South America, where they hoped to join a right-wing paramilitary group fighting the Venezuelan government.

Mr. Zwiefelhofer was arrested, but Mr. Lang moved back to Ukraine. Both were charged in 2019 in relation to the murders and for violating the Neutrality Act, for their mercenary plans in Venezuela. Mr. Lang, in the interview, said he was innocent of these charges. Mr. Zwiefelhofer has pleaded not guilty.

Experts on hate crime have long been raising alarms about transnational links to overseas military training in the far right.

Estimates of the numbers of Americans who have fought on the government side in the Ukraine war vary from the 20 cited by the Soufan Center, a nonpartisan group researching extremism, to more than 100, according to volunteers. Many have remained in Ukraine; Mr. Lang has a Ukrainian fiancée and child.

The court proceedings in Ukraine shed light on another, little-known activity of American law-enforcement agencies related to Ukraine. Mr. Lang’s lawyers presented affidavits from American veterans of the trench fighting in Ukraine about being questioned by the F.B.I. upon returning home.

“I am truly saddened to feel as though I and others have become an enemy of the government for simply wanting to help an ally,” one American veteran, whose name was redacted by the lawyers, said in one filing.

The lawyers cited searches, the revocation of a passport and requests sent by the F.B.I. for assistance to the Austrian authorities to question an American veteran.

In the interview in his lawyer’s office, when Mr. Lang denied holding far-right views, he contended that he could nevertheless be targeted today in the United States on suspicion that he does.