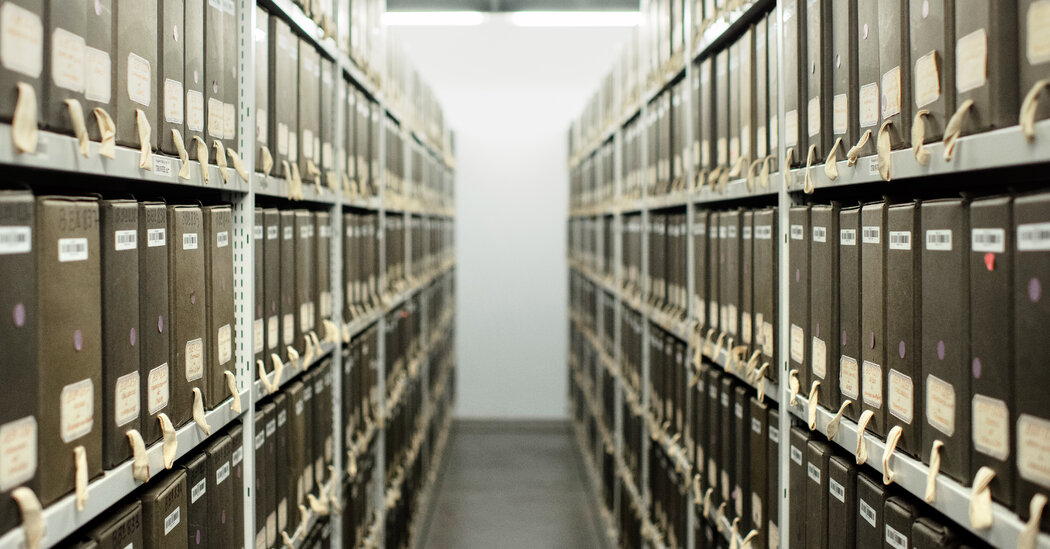 PARIS — President Emmanuel Macron of France on Tuesday announced that the declassification of secret archives more than 50 years old would be accelerated, a move that will facilitate access to documents related to the Algerian War — a controversial chapter of France’s history that authorities have long been reluctant to face.

A statement from the Élysée Palace said that starting Wednesday a new rule would “significantly shorten the time required for the declassification procedure” in order to “encourage respect for historical truth.”

Mr. Macron has recently taken a series of steps to lift the veil on France’s colonial history in Algeria, a lasting trauma that continues to shape modern France. The change announced Tuesday was intended to respond to growing complaints from historians and archivists about strict government instructions for declassifying archives.

Under the new rules, authorities will be allowed to declassify archive boxes all at once, speeding up a declassification process for secret documents that had been carried out page by page.

Some historians, however, said that the new rules barely addressed their complaints.

“It’s just going to accelerate the pace of a procedure that shouldn’t exist,” said Raphaëlle Branche, a historian of the Algerian War.

Central to the complaints by historians is a 2011 government requirement that every document classified “secret” or “top secret” be formally declassified before being made public. That contradicts a 2008 law that calls for the immediate release of secret documents 50 years after they were produced.

The 2011 instruction had been loosely enforced, or even ignored, by archivists in recent years. But the General Secretariat for Defense and National Security, a powerful unit inside the prime minister’s office, started enforcing the rules last year.

Tens of thousands of once-public documents were subsequently resealed, impeding historical research and reimposing secrecy on information that had been previously revealed.

A group of archivists and historians, including Robert O. Paxton, an American historian who revealed French authorities’ collaboration with Nazi Germany, had challenged the 2011 requirement before France’s supreme court.

Ms. Branche, who is leading the legal fight, said the group would keep up its challenge despite Mr. Macron’s announcement on Tuesday.

It is unclear what motivated the effort to enforce the declassification policy last year. But Mr. Macron’s desire to pull back the curtain on the Algerian War has ruffled some feathers in the military, which oversees most archives relating to defense matters.

Fabrice Riceputi, a historian of the Algerian War, said that the declassification policy had led to some absurd situations.

He cited a visit to France’s National Archives in 2019 when he read a secret document from 1957 detailing the use of torture by French forces during the Algerian War that had been made public a decade ago under the 2008 law.

In fact, the report was anything but secret, as it had been first revealed in a 1962 book and then cited in several historical studies in the 1990s.

But Bruno Ricard, the head of the National Archives, said the report was now classified again — in keeping with the government instructions.

In January, Mr. Macron received a report on the Algerian War that advised putting an end to the page-by-page declassification process but also returning “as soon as possible” to declassifying any secret document more than 50 years old, as required by the 2008 law.

In its statement, the Élysée Palace said that the government would try to reconcile the 2011 instruction and the 2008 law through legislation by this summer.

“It is a question of coordination between different legal regimes,” Mr. Ricard said in a recent interview, as he carefully flipped the pages of a (declassified) archive file on Maurice Audin, a mathematician who was tortured to death by the French Army in Algeria in 1957.

Documents on Mr. Audin are part of about 100 files released in 2019 and 2020 after Mr. Macron called for the opening of all archives dealing with people who disappeared during the war.

But historians say that many documents have remained unavailable because of the 2011 instruction.

Ms. Branche, who has written extensively about the use of torture by French forces, said that many of her books would not be publishable today because they rely on documents that have been resealed.

Since she began teaching at Paris Nanterre University in 2019, about 10 of her students have had to change their research topics because of a lack of access to key documents, she said.

“There are some studies that are no longer imaginable,” Ms. Branche said.

The Algerian War remains a deep wound in France that nurtures bitter feelings among millions of residents with ties to Algeria, from immigrant families to war veterans. Questioning this past has long proved a difficult task.

Mr. Macron’s official acknowledgment last week that France had “tortured and murdered” a leading Algerian independence fighter in 1957 was much criticized by the French right.

But nearly 60 years after the end of the war, the issue of France’s colonial past has perhaps never been so pressing, underlying a racial awakening by immigrants in the country and fueling heated debates on the country’s model of integration.

Mr. Riceputi, the historian, in 2018 launched a website listing hundreds of names of people who went missing during the war, based on archival research he was able to do before the new instructions were enforced.

Within weeks, he said, he had received a torrent of testimonies from Algerian families, enabling him to document more than 300 cases.