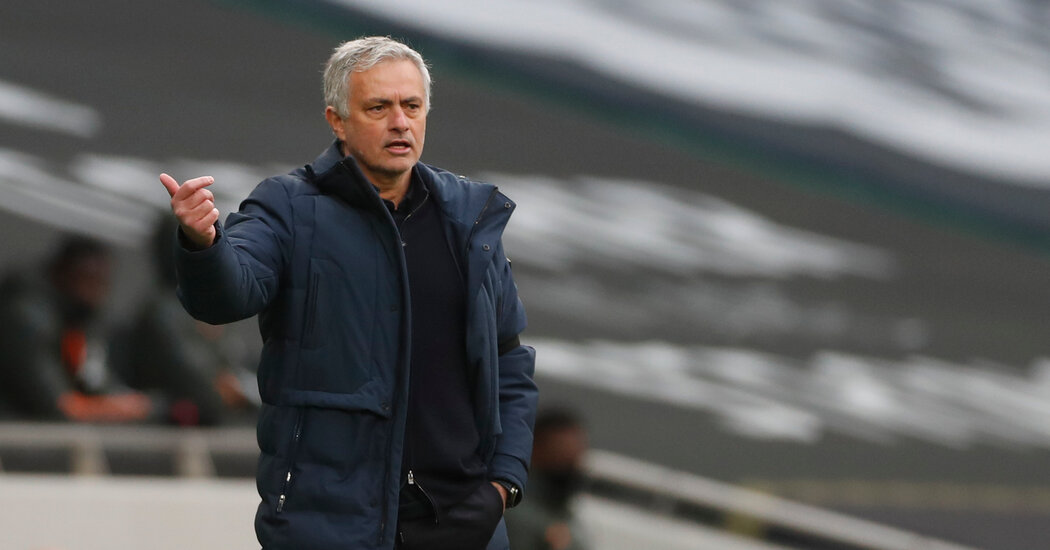 Tottenham Hotspur said on Monday that it had fired José Mourinho, the manager it hired as the closest thing European soccer has to a guarantee of trophies, six days before he was to contest his first major final with the club.

Spurs appointed the Portuguese manager in November 2019 in the hope that he would turn the team into serial contenders for honors. He was, as the club’s chairman, Daniel Levy, explained, “one of the most accomplished managers in world football,” and had delivered success at every previous stop in his illustrious career, winning championships at F.C. Porto, Chelsea (twice), Inter Milan and Real Madrid.

His 17 months in North London, though, have been anticlimactic. The club finished sixth last season, and sits one place lower in the current standings after a run of just one win in its last five Premier League games. In that time, Mourinho also suffered what he described as one of the most humiliating nights of his career: an exit from the Europa League at the hands of Dinamo Zagreb.

Tottenham’s players had been growing increasingly restless under his reign, taking particular exception at his frequent attempts to blame them for Spurs’ struggles, rather than accepting at least a portion of the responsibility for himself. Last week, when asked why his team did not have the defensive solidity of some of his championship-winning sides, he responded: “Same coach, different players.”

Levy decided on Friday night — after a 2-2 draw with Everton — to part company with Mourinho, appointing two of his coaching staff, Ryan Mason and Chris Powell, to take charge of the club for the remainder of the season.

Their first week will end with Sunday’s league cup final, the first domestic trophy to be decided in England, against Manchester City — precisely the sort of occasion that Mourinho was hired to reach and to win. He will not, now, be given the chance.