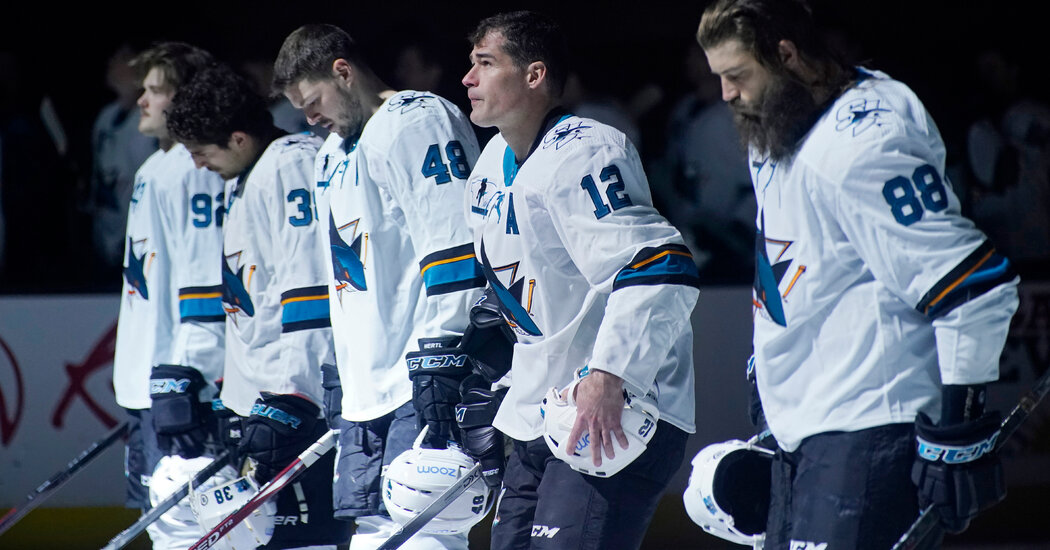 Marleau has played in four conference finals and one Stanley Cup finals series, the Sharks’ loss to the Pittsburgh Penguins in 2016. The Sharks entered Monday’s game needing a serious run to reach similar heights, 5 points out of a playoff spot with 12 games remaining, but an elusive Cup still drives Marleau’s passion.

“I want to be looked upon when I’m gone that I gave it my all, enjoyed the game, loved the game, loved being around the team and loved winning games,” Marleau said. “Those are the biggest things, obviously if I can add a Stanley Cup win before I retire then that would be ideal for me. But just having the right characteristics being a great teammate and a great player, that’s kind of what I would like to be known for.”

Late in his career, Marleau has become a sort of liaison between his coaches and the youngest players on the team, putting into practice the early tutelage he received from Sharks veterans, particularly goalie Kelly Hrudey.

Peter DeBoer, who succeeded McLellan in San Jose and coached the Sharks to the finals, first encountered Marleau while coaching Canada’s under-17 national team. DeBoer, who now coaches Vegas, said even then teammates were drawn to Marleau’s confident but unassuming demeanor.

Marleau’s path is simultaneously classic and modern, going from a farm in Western Canada to a player who honed his conditioning, injury prevention and anti-aging routines over time and adapted his game as the sport evolved.

“What Patrick has and is maybe missing from today’s generation is that he’s farm tough. He’s a big, thick, strong Saskatchewan farm boy,” said McLellan, who is also from the province. “That’s what he started out as, and then he was committed to training and to his fitness.”

Of the more than 8,000 players who have played in the N.H.L. across its history, the two most durable were both from Saskatchewan.